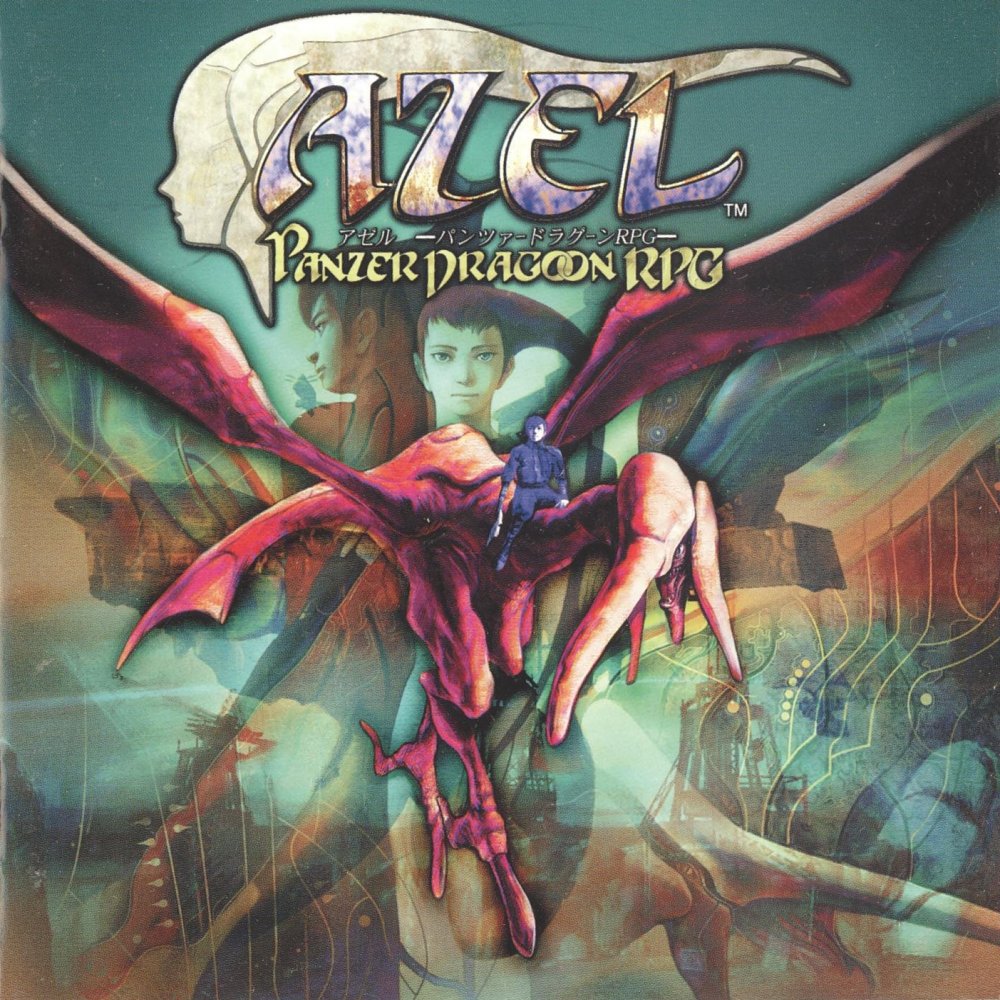 A notoriously rare and desirable Sega Saturn game, Panzer Draqoon Saga does an excellent job of keeping the series's trademark art style, unique and beautiful music, and sense of intrepidity while bringing in elements that the first two games lacked. You play as Edge a soldier in the Imperial army who defects upon discovering an ancient and mysterious dragon whom he forms and immediate bond with. Edge's journey finds him fighting man and monster alike in a quest to bring peace of some kind to the world. The post-apocalyptic world setting is scattered with remnants of antiquity --- ruins, mysterious constructs, and autonomous "guardians". Part of the appeal in playing Panzer Dragoon Saga is the joy of uncovering more and more about this world and what lead to its current state.

Exploration takes place in fully 3D environments, opposed to the more common pre-rendered worlds of contemporary games. These environments are quite impressive considering the vintage of the game and the platform it is on. That said, this is one aspect where the game really shows its age. On-foot traversal in some areas actually causes the game to chug pretty heavily at times, which can put a damper on things when your running errands in order to get to the next big area. On the other hand, exploring while atop the dragon feels fittingly elegant (most times) and doesn't chug anywhere near as much. The graphical shortcomings of the game are smoothed over by the games distinct and well realized art style. Not only do elements of world look cool, but they seem functional and areas look lived-in. 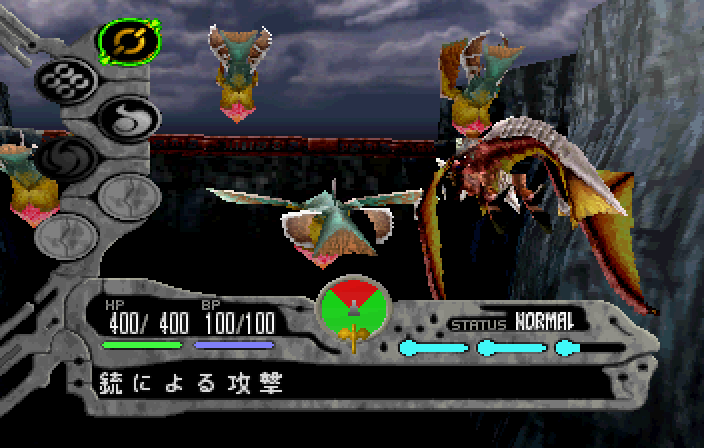 Overall, the game looks and plays its best in the battle segments. These clearly draw from Final Fantasy's active time battle system, but add enough to not be a direct cribbing. Instead of a full party of characters, you focus control on Edge and the Dragon - using guns, dragon lasers, magic, and items to get through each fight as effectively as you can. A unique positioning system gives these fights a sense of dynamism and strategy. Each enemy type has safe, neutral, and danger zones in the 4 cardinal directions. During battles, these periodically shift, so you're always watching them and trying to reposition and gain the advantage. All the while, your action meter is building as you dodge, take as little damage as possible, and get in position to hit weak points at opportune moments.

Your dragon can also change forms at will in and out of battles, which changes base stats and opens up access to different "Berserker" magic. There are base, speed, attack, defense, and magic forms of your dragon, and each gives certain pros and cons against certain enemy types. You can also change parts in Edge's gun to hit multiple enemies at one time, do more damage to weak points, and so on. At the end of each encounter, you are rated on damage taken/dealt and speed to victory. Item drops are based on this ranking, and there is an end-of-game score that leads to certain unlockables (I personally didn't bother much with these, but worth mentioning). All of these systems add a healthy dose of variety to the typical grind of random encounters, and gives battles an engaging "action/puzzle" feel that is unique and fitting for the series.

Overall, I'd say Panzer Dragoon Sage deserves its reputation as one of the shining crown jewels in the Sega Saturn library. It's unique on pretty much all fronts, offering something that most other Saturn games don't. Of course, the biggest shame of all is how rare this game is. Unless it gets rereleased in some from (doubtful), the only reasonable way to play Panzer Dragoon in 2019 is to emulate it or burn a copy of it (provided you have a means of running it on original hardware). The aftermarket value of the game has skyrocketed to $400 disc-only and near $700 for a complete edition. That's just not worth the asking price in my mind.

Since we're talking about a 20-year-old JRPG here, I'd highly recommend turning to a guide/walkthrough should you get stuck while playing or if you just want to know how to mainline through the game. It can be easy to missing guide clues and the day/night cycle, while cool, can lead to a bit more trial & error than modern players have an appetite for. Despite being spread across 4 CDs (probably from all the FMVs), Saga clocks in at about 20-25 hours for a full play-through. Personally, this is my sweet spot when it comes to JRPGs. End-to-end, Panzer Dragoon Saga is a fun ride and one that's still worth your time. If you have never played a game in the series ever before, I'd highly recommend starting with Zwei or Orta to build a taste for the world, style and sound of the series because these aspects are what really set them apart from other video games.