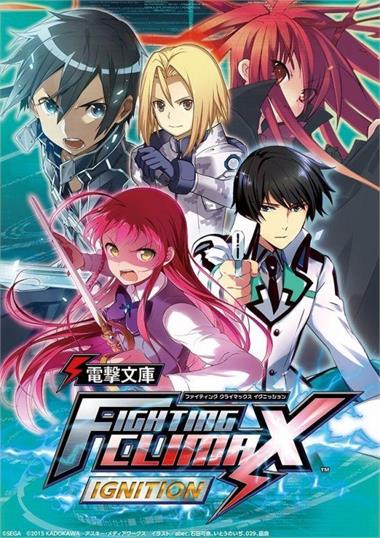 A 2D fighting game from French Bread, Ecole Software, and SEGA featuring characters primarily from Degeki Bunko inmprint. Each player picks a character and an assist to use and "blast" character to use for combo extensions, attack buffs, or health restoration. Combos are easy execution, either progressing an an A > B > C > Impact/Special > EX Special > Super, though there are also auto combos by hitting A > A > A etc. You can cancel specials and some moves into assists, which opens up opportunities for combo extensions

Only the first iteration of this game was released in English-speaking territories, though a fan translation exists for the PS3 version. Being from the French Bread team, DBFCI features great art and animation as well as a good soundtrack. Though it is very easily to make flashy and cool things happen, there is hidden depth that may take a bit of study to unpack. Personally, I'm still learning how everything works.

Stats and tech from the hottest players.

Files, storefronts, emulators, etc that you need to play this game.

Why not enlighten yourself with some related media?